A business that began as a post-war bakery in a then-small Lazonby; John Bell’s business legacy remains very much in the family and this year is expected to turnover nearly £30m – now employing more than 300 people.

The following obituary has been published by the company:

John (pictured) served as a Flight Engineer in the Royal Canadian Air Force during the Second World War and after 22 operational missions his plane was shot down over Germany on November 4, 1944.

Following interrogation, he was held as a prisoner of war at Camp Luft 7 near the Polish border, along with 1,500 fellow prisoners.

As the Russians advanced, the Germans marched the prisoners in freezing conditions for three weeks until they reached Luckenwalde where eventually they were liberated by the Russian Army in late 1945.

On his return to England, he joined his family in Lazonby and established a small bakery there in 1946.

Always an enterprising man by nature, he quickly realised the need to look further afield for opportunities and started a mobile shop service to the outlying areas within the Eden Valley.

Having survived the toughest test of the hard and bleak winter of 1947 — where everyone still got their deliveries — he looked to other ways of expanding and developed a network of local shops in the area along with selling bakery goods to local businesses.

As the business grew, the site in the centre of the village was too small to support the development of the business. When Beeching made cuts to the branch railway network in the late 1960s, he took himself south again and agreed to buy the Railway site at Lazonby which was becoming redundant.

This provided the platform for the expansion of the business to follow and a legacy which has allowed the business to become what it has today and maintain its roots and heritage in Lazonby.

John was totally dedicated to his business.

In the mid-1990s, he handed over the reins to his son Michael and daughter Jane. Michael, as managing director, led the further development of the business to what it is today — in those early days under the watchful eye and guidance of John whose interest was maintained right up until his death.

The values of the business remain the same today and its success has been built on quality, service, innovation and those traditional family values of respect and loyalty. It now supplies all the major UK retailers and some of the nation’s leading coffee shop chains — all from its site in Lazonby.

John was proud to receive the Queen’s Award for Enterprise alongside his son Michael in 2006.

In 1956, John married Eva Bunty and they lived together in Lazonby for 66 years. They had two children, Michael and Jane, who are also happily married and have carried the business on with their respective spouses, Susan and Philip. He has four grandchildren and latterly a great-grandson who he delighted in cradling.

John also made a real contribution to the greater good of his industry and to the local community. He was widely respected among his fellow bakers. He represented the Northern Region of Master Bakers for many years and served on the national council of that association for many years, too.

He became national president in 1979 and he was a founding member of the Baker’s buying group in the North — Bako. In recognition of these roles, he was made a Freeman of the City of London.

His love of Lazonby and devotion to local causes is the final piece of the jigsaw of John Bell. He parish councillor for many years and in 1973 he was elected to the county council. There he chaired the Public Protection Committee responsible for fire, emergency planning and Trading Standards. He supported many local initiatives and charities.

His family described him as ‘a true gentleman, a real entrepreneur, a man who placed family and business uppermost in his heart and mind. He will be sorely missed by all those who knew him.’

The Bakery Business team sends its condolences to John's friends, family and colleagues during this difficult time. 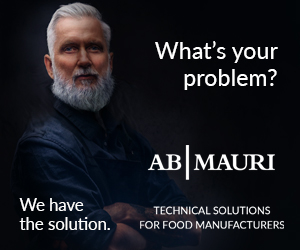